You are here: Home / Blog / Changes coming to local Arby’s 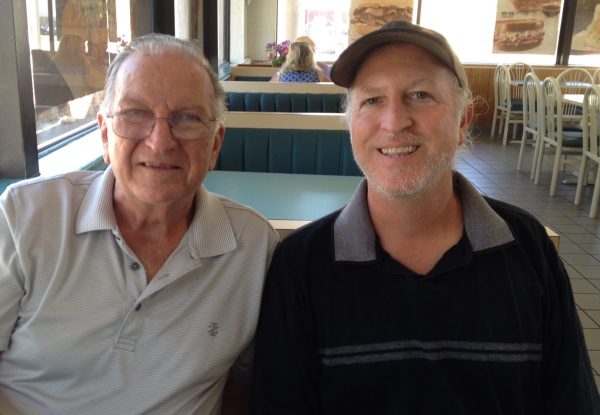 The sign outside the Arby’s in Vero Beach gave customers a heads-up that changes were coming.

Tom Lureau, who had owned the restaurant on U.S. 1 for 25 years, sold it to a corporation based in Atlanta. Mosaic Investments owns approximately 50 Arby’s. (Caption for the photo above: Tom Lureau, left, owned the local Arby’s for 25 years. His son, Kevin, right, was the general manager.)

Check out this week’s issue for more about the changes at Arby’s.