You are here: Home / Blog / Doing her homework 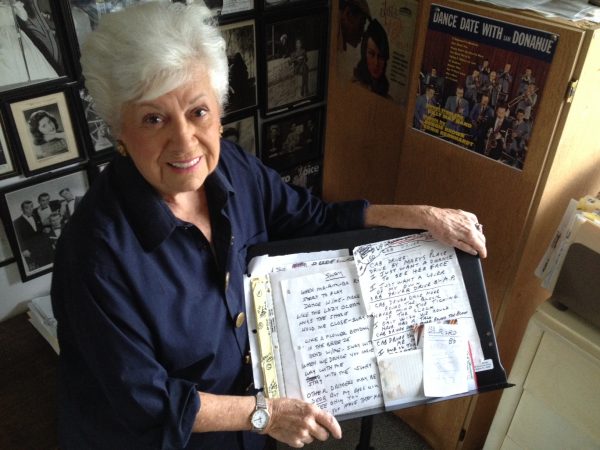 Debbie Murphy, who entertains the Friday night crowd at C.J. Cannon’s, says she tries to learn one or two songs every day.

In the photo above, she shows some notes of one of her “new” songs.

Debbie has been an entertainer for several decades. She tour extensively with some nationally known big bands and, later, played six nights a week at the Hotel Pierre in New York City.

Read more about Debbie in this week’s issue.