Former Florida governor Jeb Bush said yesterday that he won’t be voting for either Donald Trunp or Hillary Clinton.

As I said in this week’s column, for the third time in my life I’ll probably vote for a third-party candidate. (Gary Johnson, a former Republican governor of New Mexico, has the inside track. He’s at 11 percent in the most recent NBC poll.) 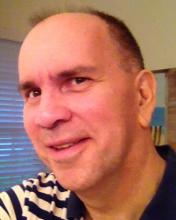