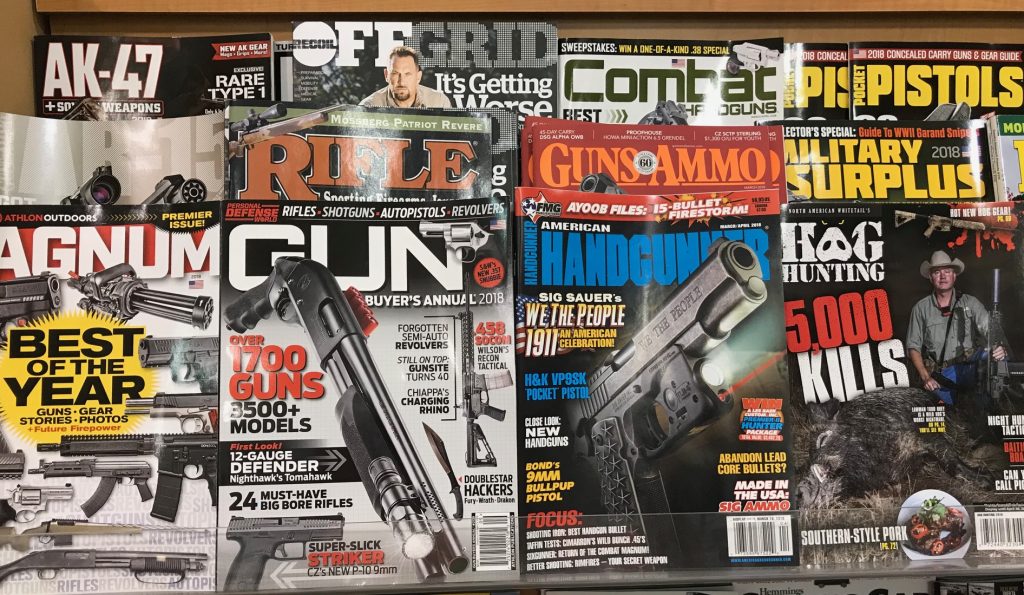 While making a stop at Publix a few days ago, I was struck by the number of gun magazines in the display case.

There was even a magazine specific for the AR-15, the military-style assault weapon used in the school shooting in Parkland that left 17 dead.

But so are “adult” magazines such as Playboy and Penthouse. Publix does not sell those magazines.

See this week’s issue for more on this topic.