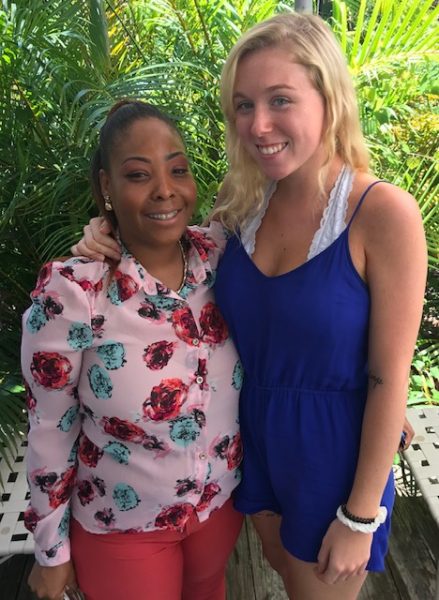 A Facebook post by Michaela Farrell (right) started things in motion that led to the arrest of Ellis Buckner, owner of the Crab Stop restaurants in Sebastian and Vero Beach.

She accused Buckner of inappropriate touching and he was arrested on a misdemeanor charge. He was released on a $500 bond.

See more in this week’s issue.