You are here: Home / Blog / Still on hold 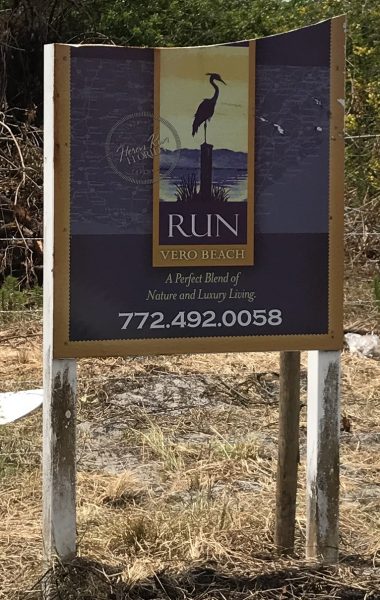 A decade or so down the road, 58th Avenue will be one of the busiest roads in Indian River County.

Providence Pointe, which is directly across the street from Waterway Village, was given the green light by the County Commission in August 2013.

Within the past few weeks, land was cleared along the fence between 49th and 53rd streets, exposing the sign for Heron Run (the planned development for the same area before Providence Pointe).

The move had people wondering if construction of Providence Pointe was about to begin.

Alas, it was a false alarm. The project is still on hold.