You are here: Home / Blog / Vaping is new tobacco 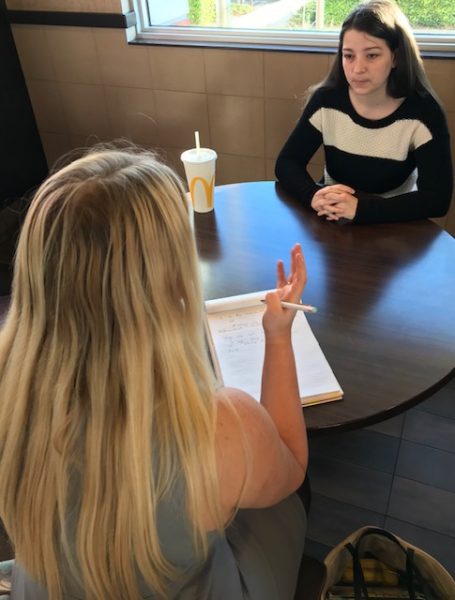 With the popularity of cigarettes in decline, vaping has become the new tobacco.

Kyleigh Savoie is a community health advocate for the QuitDoc Foundation in Indian River County. She says roughly 20 percent of teens now vape.

Kyleigh (facing camera, being interviewed by Sophie Julin for her Lemmon Burst column) is part of the new generation taking on Big Tobacco, which is behind many of today’s vaping products.